How to get rid of old spices…craftily

I know, I know…not only is this not exactly a food post, but I’m advocating getting rid of otherwise perfectly good* spices! In this case, though, two wrongs do make a right, especially if you have kids and are jonesing for a Pinterest-y activity that won’t require trashing the house after a $50 trip to Michael’s Crafts.

(*Yes, spices do go bad, and this is of particular concern to budget shoppers, both because we tend to buy in bulk and thus perhaps not repackage the spices as well as we should [i.e., leaving them in their original baggies…anyone? No? just me?], and because cooking on a budget requires adding more flavor through inexpensive ingredients like spices rather than meat or fat, and older spices = less flavor, especially if they come pre-ground. Always buy your spices whole when possible!)

When I first saw a recipe for “cinnamon ornaments” (on Facebook, probably, at a time when I should’ve been unloading the dishwasher), I admit it gave me immediate Pinterest fail vibes. However, there’s just something about Christmas that brings out unrealized, harebrained craft fantasies in even the most practical of us, and before I knew it I was trying to figure out how I could do this as cheaply as possible. All it took was a peek in the spice cupboard to find a handful of spilled star anise pods, an elderly-looking bag of cinnamon sticks, and a box of allspice dating from at least the Clinton administration. Voilà! Free crafts! (Almost, minus one $1.99 jar of apple sauce from Grocery Outlet, the remainder of which will be accounted for here at a later date.) 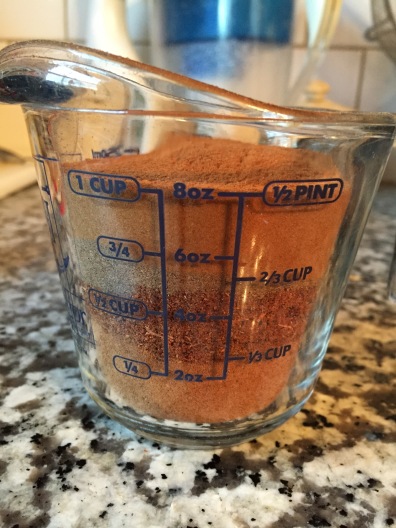 1. Compile 1 cup of fragrant ground spices of your choice—think cinnamon, allspice, cloves, star anise, et al. (We have an old coffee grinder commissioned for specifically for grinding whole spices, because it really does make a difference.) (Also, please ignore the permanent-no-matter-h0w-hard-we-scrub grime stain on our late ’90s white flat-top electric range, which was in 2011 and still is the bane of my existence) …

…and mix with 3/4 cup of applesauce until a doughy ball is formed.

2. Sprinkle a light dusting of spices on a cutting board and roll the dough out to about 1/4 inch thickness. Waxed paper on top helps keep it from sticking without having to use more spices. 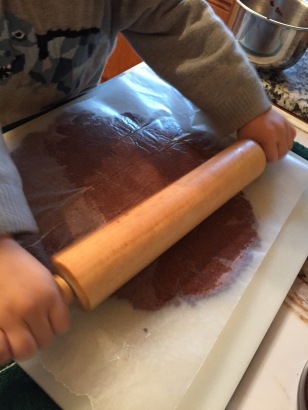 3. Cut out in shapes of your choice, with cookie cutters or freehand if you’re feeling brave.

4. Poke holes in the top with a toothpick or similar implement.

5. Either bake in a 240 F-degree oven for an hour and a half or so, until hard, or do it the extra-cheap way and leave out for a few days for them to harden on their own.

Attach some ribbon (I found a few spare strands of raffia in the attic when looking for Christmas ornaments) and you’ve not only made good use of old spices, but you’ve got a whole host of Christmas tree air fresheners to keep and/or share. Just don’t forget they’re not edible. (Again, of course, unless bark mulch is your thing.) 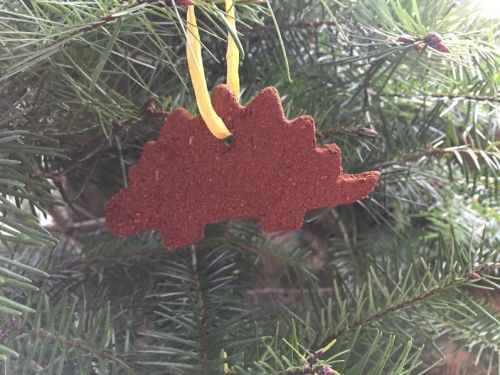